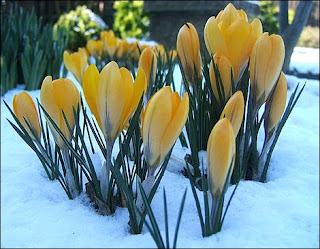 I can now just about count on one hand the number of people I know where the first part of March truly is…a march.  An emotional, gut-wrenching march.  Is it the battle of Fledgling Spring vs. Late Winter out there?  Is it the lingering end of the February “blahs” (see my last post).  What IS it about this time of year?  And the whole ‘in like a Lion’ thingy too, with a nod way back to elementary school years.  Yep, in like a lion – out like a lamb.  Guess we’ll see how Lamb-y the month wraps up.

This stupid cold morphed into an even more stupid hacking, lingering cough.  Billions and billions of hackhackhacks and seemingly gallons of phlegm.  Good lordy already I’ve felt like ripping my sinuses out.  And I actually took a true “sick day” from work on Tuesday, where I pretty much shut off my laptop and phone and said hey kids, sorry, this shop’s closed. And went through a bottle of cough syrup in about 2 days too.  The next day I had an early morning presentation to finish up and preview with my manager, plus some hard finger crossing that I could get through it without a major coughing fit.

I did and it went well.  The major coughing fit actually happened later at the end of the day, when I stepped out of the office to meet up with my Director at the consulting firm who placed me in this current work assignment.  After about an hour of talking and white boarding with him, I suddenly burst into a coughing fit, one where I had to bolt to the ladies room and just hack until it subsided.  Hilarious!  OK, it is now but at the time extremely embarrassing.  No, I’m not crying…really.  My throat and voice are just shot.  And when that happens, my eyes water.  Yay me.

And evening conversation.  G’s father passed away two years ago on March 2.  He came by and we talked about this and other things and you know, I really don’t want to elaborate in here.  Not that the whole friggin’ world reads this blog, but some things need to stay deliciously private.  And they will.

Can you feel even closer to someone while learning at the very same time that there’s so much more to that special someone that you don’t yet know?  But (and?) as you listen with every fiber of your being, saying something like “Man, I know how you feel,” rings fake and hollow.  Because I can’t possibly know.  I can’t possibly.  But my Care is bottomless.

I do know the feeling of deep, deep feelings woven in with our lifelong memories…like one’s life as a big lake or ocean where some parts are calm while others are chock full of weeds or logjams.  And there are cool, sexy waterfalls, swirling currents…and in some places dangerous undertow.  Old patterns that we all have and we are so seductively drawn to, however destructive they might be.  But they’re familiar, right?  Do we get sucked in, tugged and pulled back under again, or do we learn how to manage the deep tides, rhythms and storms that wax and wane inside us…when can you get close to your undertow?  When do you steer far clear?  And when do we learn how to swim through it all?  Or how to tread water?  Perhaps it’s a lifelong Learning Swim.

B passed away 3 years ago on the 3rd.  She was a dear friend from the hockey league and just an absolute joy.  She had a game late in the evening of March 2nd.  I’d seen her a couple nights prior at a Silvertips game with K, the guy who I was dating at the time – she was working one of the raffle tables in the arena.  I gave her a huge hug and introduced her to K.  And that was the last time I ever saw her.  For during the last period of her team game two nights later on the 2nd, she suddenly was having trouble breathing on the bench.  Game stopped, paramedics called.  They did everything they possibly could but we lost her early that next morning.  An aortic aneurism they said.

And I sobbed and sobbed.  Sobbed so much I was sobbing that next morning while plumbers were at my house trying to fix a massive, unexpected overnight water leak in my garage.  Hey guys, a friend of mine died last night, but carry on with what you’re doing.

I’ll never forget B.  Her laugh, smile and warm heart.  I have her initials and her beloved (jersey) #8 on my helmet in tribute.

On Friday I was chugging away at work – I share a large cubicle now with a co-worker – we’ve all just moved to a different building.  And I sensed something a little ‘off.’  When I turned to glance over my shoulder, she was crying.  Whaaa?  L’d just found out a good friend lost a hardfought cancer battle.  And my heart broke.

I fell into the weekend physically and mentally exhausted.  G invited me over for dinner and for dessert-making for his Supper Club gathering which was the following evening.  We had a relaxing evening combined with cooking projects, and were both so spent when we were done that 10pm felt like 2am.  Sleeeeeeeeep.

G’s Supper Club rotates hosting between 5 different couples – the theme changes each time too. Plus, the hosting couple gets to invite a sixth Guest couple of their choosing.  Food themes?  Well, sometimes No Theme is the theme and that’s what Saturday’s dinner was.  Exquisite food, warm company and conversation.  From potato leek soup with creme fraiche, parlsey and bacon…to arugula, pine nuts and goat cheese wrapped in prosciutto, to a mixed green salad with shallots, an incredible vinegar dressing plus small puffs of fried, breaded goat cheese nestled on top…to homemade duck sausage corn dogs with hand-crafted curry mustard, lamb sliders with aoli, lettuce and tomato on homemade brioche buns (and fingerling potato chips)…to dessert.

When I passed out pint glasses partially filled with Guiness for ‘dessert’, the table went abuzz.  Just what in the heck were G and I going to serve up?  Then, shot glasses filled with a mix of Jameson and Baileys.  And beautifully-plated homemade vanilla bean ice cream with (homemade) chocolate dipping sauce and chocolate chip cookies with hazlenuts and cacao nibs.  Yep, you drop that shot glass into your pint glass and Bottoms Up, my friend.  That’s an Irish Immigrant Car Bomb, by the way…a nod to G, Sr.

It felt good to reconnect with G by spending a good chunk of the weekend together.  Let’s face it, he’d been in Australia for two weeks and then he and I were each some sort of Sick for a week or two following that.  Quarantined from eachother and tired for so many different reasons emotionally and physically.  Perhaps now things will resume some sort of ‘normal,’ whatever that might be.  I feel happy and relaxed with him and am enjoying this still-new journey we’re on together.  With emphasis on new, of course.  What’s yet to become we don’t know.  We talk about future things we want to do together – plans which make me smile in anticipation of experiencing more things together…and yet I can’t help but stick the cautious card in there too.  Is that OK, I have to wonder?  Or this me trying to go full speed with the brakes on, my old self-protecting patterns?  I don’t know what about that is healthy or what is not.  I just know I have to be true to myself, honest and open-hearted.  And not self-doubt or second guess.

My eyes sparkle and my heart flutters when I’m with him.  There’s much, much more beyond that, but I think that’s a great place to start.

And March marches on.