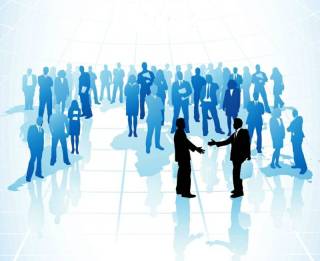 By now a lot of you who tune in here regularly (thank you!!) know I typically have a new post on Sundays.  This is one of the most relaxing things I do all week – I look forward to the combo of mental downtime AND challenge when I blog.  Sometimes I have ZERO idea what I’m going to blog about when I sit down and fire up the keyboard.

This past week was totally different.  I knew exactly what I was going to write about today, and it was crystal clear to me as of last Monday night.

When I was a lot younger, I remember hearing people around me or on TV, wherever, say things like “it’s all who ya know.”  And for some reason that would never sit well with me.  I’d bristle inside and try to not roll my eyes.  I don’t know why I felt that way; actually this is my first attempt trying to put those feelings from so many years ago into words.

But as I’ve gotten older, I’m reminded endlessly how true this is, and I don’t wrinkle up inside or get fussy about it.  Because I know it, breathe it, love it and live it. The connections I (and all of us) have have shaped my life in too many ways to list.  Friendships. Jobs. Dating. Hockey.  Lots of the big buckets in my life.  Well, the dating bucket is a little empty right now, but she’s there and ready.  Hmmm, that’s probably fodder for another post.

Monday started out great.  It was the beginning of my second full week in this new job.  I’m feeling so energized, motivated and happy with this group.  I wonder how much of it is honeymoon and how much is because this really IS a great place for me to be right now.

On my commute home, I noticed my gas gauge was really low, so I stopped by a Chevron station I fill up at all the time.  After filling up my car, I started up the engine, but I couldn’t get my car out of Park, even after releasing the emergency brake.  I didn’t freak out too much, because this actually happened a couple of times a few months ago.  The solution was to shut off the engine, wiggle the steering wheel a little bit and then start up the car again.  Everything then worked just fine.

Not so much on this past Monday night.  I re-started the car multiple times and no matter what I could not get my car into gear!  I was starting to get a little self-conscious.  Here I was in peak-time commuting, when gas stations are pretty busy and I couldn’t get going and on my way.  15, 20, 25 minutes went by and I’m still parked in front of the damn gas pump!

I went inside to let the cashier know.  He was a really nice man, and even offered to sit in my car and try it himself.  No-go for him either.  He put an orange cone behind my car and said, “it’s a linkage problem.”  And he walked away.  I also called my brother who sold me this car a few years ago.  He was sure there was a manual override button somewhere to get the car out of Park.  Even after sending him a picture of my gear console via my phone, we couldn’t find it.

I knew it was time to call AAA and get towed to the shop.  Le Sigh.  But I tell you, that $50 annual membership fee pays for itself many times over.  As I was on the phone with the dispatcher my mind starting racing.  I knew I needed to 1) get home after getting my car to the shop and 2) get to work tomorrow morning.  By now it was around 7pm and I knew the dealership would be closed (meaning they wouldn’t be able to rent me a car that night).

I called my neighbor A.  By some awesome luck of coincidence she was home and said she’d be able to get me home that night and would take me into work the next day, even though it was a ways from her work commute.  Wonderful!  I knew I could always get a cab home and figure out the bus to get into work, but I’m glad I didn’t need to.  My work laptop wasn’t set up yet for me to work remotely.

All I could do now was wait.  Wait for the tow truck and then wait for my neighbor to come get me. Then I remembered, oh yeah:  I have a weekly chat with L, my sponsor in my Silpada jewelry business on Monday nights.  My head was spinning with so much – when was I going to get home?  How much was this repair going to cost me?  And on and on.  I called L to tell her I was really preoccupied with this car situation and I was not going to be in any shape to talk bling.

Here’s where it gets interesting!  She said, “oh, no worries, and I’ll call M.”  Oh my God, I’d totally forgotten her husband is a manager at a car rental company!  Within a few minutes she called me back.  M was able to get me a rental contract on the spot – at this late hour.  All I would have to do was get to the Goose (a bar in Bellevue) and he would be waiting with the car and paperwork.  WOW!  I was blown away.  If it hadn’t been Monday night, the night I typically chat with L, it never would have dawned on me to call her to have M help me out!

All of this happened while I was waiting for the tow truck driver.  I called my neighbor A back and told her once I got to the dealership to drop it off for repair, she would need to take me to the Goose to pick up my rental.

The tow truck driver was really nice.  And before he hooked up my car to tow it, he tried nudging it very gently with his truck.  That worked!  I could now get the car out of Park and into gear!  We tried it two more times, but it failed on the 3rd try.  Yep, the car needed to go in the shop alright.

So I rode shotgun in the tow truck – it was just about a 10 minute drive to the dealership.  On the way there I called my brother back to tell him what happened and to thank him for his help troubleshooting over the phone.  We ended the call with “love you” as we always do.  After I hung up, the tow truck driver told me, “you know, we don’t tell our loved ones we love them enough. I’m glad you told your brother that when you were wrapping up your call. And take that as a compliment.”

Wow.  I was surprised but very touched.

When we arrived at the dealership I started filling out the envelope form for the after hours key drop off, and I called A to let her know I was ready for her to come get me.  The tow truck driver handed me his paperwork to sign and I thanked him for his help.

I was still mentally reeling from everything that happened…I was feeling disoriented, overwhelmed – so many emotions all mixed up.

What happened next totally blew me away.  The tow truck driver looked at me and said, “Ma’am, I know you aren’t very happy right now, but I want you to know how happy I am to help out someone like you tonight.” He went on to explain what he meant.  He meant someone not in any danger, uninjured and ALIVE.  We’ve had a couple of very bad accidents with fatalities these past couple of weeks.  A logging truck and semi got tangled up on one of our major freeways, slamming right into backed up commuter traffic.  About 16 cars were involved, and a 9 year old girl died a few days later.  And just a week ago, a man in his mid 40s, married with two young children was driving home from making a routine Sunday afternoon run to Costco. He was killed instantly when his car collided with a shit-faced drunk man in a road rage road race.  The driver who killed him walked away without a scratch.  And supposedly got out of the car and started beating his chest like an animal after the crash!  What the fuck?

P, the tow truck driver, explained that HE was part of the cleanup crew for both of those tragedies.  And as he told me more, his voice started to wobble and he choked up.  Suddenly, all of my inward mental bitching and moaning about my situation melted away.  I knew I had nothing to complain about that Monday night.  Sure my car had to go in the shop, but I wasn’t stranded in the middle of nowhere, I wasn’t in any danger, I wasn’t hurt…and I had great help getting through this 27-ring circus.

I’ll never forget P and his emotional reflecting on what he had to witness these past couple of weeks.  We don’t normally think about the emotional stress our rescue workers and ambulance drivers deal with as part of their jobs.  I should have hugged him.

After dropping off my car and riding with my neighbor A to the Goose to pick up my rental, I was exhausted.  But home, safe…and the proud renter of a Dodge Charger, ha!  Muscle cars are so not my style; I giggled as M pulled it up for me before signing the rental contract.  Vroom vroom!

Know what?  The next day I had my car back – and the repair was only $135!  Unbelievable!  You normally can’t walk into a dealership repair shop for that amount.  What happened?  The brake switch had failed (not the brakes themselves).  I learned that this is the switch that senses your foot is on the brake, and it then lets you take your car out of Park.  Aha! I’m such a GIRL with car repairs.  I know you’re supposed to get oil changes, check the tires and have them rotated occasionally.  Beyond that I have no clue.

So I am relieved not only that my car got fixed but also how inexpensive the repair was!  My car is 12 years old and she’s a rockstar for sure, but I know at some point she’s gonna have to go out to pasture.

Meanwhile, I count my blessings…and connnections!

1 thought on “Oh, the Power of Connections!”