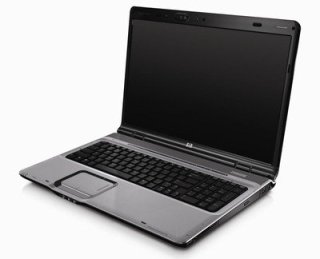 Last week I wrote about the wave that washed over me, forcing me to sit in my chair here and finish updating my resume.  I’ve learned to not question these super duper strong instincts when they hit – they mean it, dammit!  It meant canceling on my hockey game rather last minute, and I don’t like doing that at ALL, but the wave won out.

Good thing too:  the resume got updated that night.  And distributed.

And just a day or two later, guess what happened? Not one but THREE great job leads appeared from the consulting firm who found my current job.  What a difference a year and a half makes!  The job market is improving, and my phone and email are rumbling even harder back to life.  I’m realizing how much more mentally prepared I will be going into my next job assignment, as it shouldn’t be nearly as long between gigs as last time around…I hope.  Last year I went from mental 0 to 100 literally overnight – an abrupt shock back after feeling like my brain was turning to mush with nothing going on for months and months.  Now, while I feel a bit weary and ready for this current engagement to finish up, I feel more ‘on’.  That’s hard to put into words, but it’s how it came out.

My friend D’s husband also forwarded my resume to a few of his connections, and I’ll be meeting up with a Director at a consulting firm later this week for lunch.  We had a great chat late on Friday afternoon!  I’d prefer to have the firm who I’m currently affiliated with get me reassigned, but I’ve gotta look out for Numero Uno here.  And who knows – new connections made now could sprout even further down the road for me or for another colleague.

In the meantime, I’ve got a job to do through the end of the month, and, well, I’m only human and it would be incredibly easy to flip the mental switch and stop caring.  Sure I take pride in my work and will do whatever it takes for a strong finish.  But for some stuff, frankly, I’ll need to fake it.  Before I knew I would be wrapping up this month, I got assigned some brand new stuff to do – and the milestones were plotted all the way into January.  Why would I get assigned something new if I was going to be cut loose just a few weeks later?  Anyway, the reasons don’t matter, and I’m just chalking it up to even more opportunity to gain more experience in a very short timeframe.  Plus, it’s a small world out there and I might end up back with this team or something similar down the road.

How you finish is just as important as how you start.  Don’t burn bridges.  Go for the Graceful Exit.

I had lunch with S, a friend I’ve known for years who I met through hockey. She and I really bonded a couple of years ago when I was first getting used to being unemployed.  She has her own business as an aside from her full-time work, and I came with her to several events as a guest to learn more about it.  It was great to get out of the house, meet new people and clean up/dress up on those days I had no interviews when the temptation was to just be a slob and mope.  And I am dumbfounded that all started two years ago.

It was wonderful to reconnect over lunch again – how had it been a year or so since we last met up?

So, I’m just keeping busy and connected while preparing for whatever the next plunge might be.  I’m excited, relieved, nervous, curious…the list goes on.  Notice that ‘angry’ is not in that list of feelings.  ‘Cause I’m not in the slightest.  This gig was designed to be purely consultative, not permanent.  And while I don’t like to call out specific details in here when it comes to jobs and companies, let me just say I’m perfectly happy with that arrangement.  Great experience, but not anywhere to hang my hat right now.

T and I met up for dinner at Palomino last night…she is such an amazing friend.  We’ve each gone through some bumps this year – my very brief relationship, and she and her boyfriend split up a couple of months ago…he had been living with her and so it was a rough ride with all of that and him moving out.  We’re both happy and strong women and always land on our feet, but we also appreciate the friendships and support out there too.  So much to be grateful for.

We split a wonderful bottle of wine (the name escapes me now but trust me, a mighty fine white something), while T chose the Seafood Louie – a beautiful salad – and I the fusilli picatta, a delicious combo of marinated chicken, shallots, capers and a few chili flakes for kick in a white wine sauce.

And when you’re steps away from fabulous shopping at Bellevue Square, of COURSE you gotta hop over there too.  T picked out a gorgeous pair of black Tod’s loafers, and I, knowing I am soon to be on a budget again, merely drooled over shoes.

T and I are brainstorming ideas for a meetup group we’re planning to launch later this summer.  We’re super excited!

And I think “excited” is the right way to describe things for me right now.  One door is slowly closing, and something new, unknown, magical is going to pop and set me on an entirely new journey this summer and beyond.