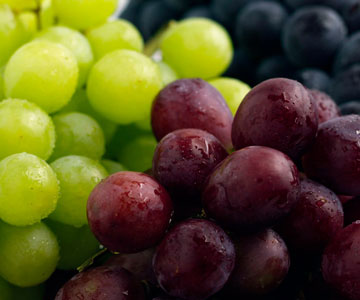 It was a wee bit of a wine-soaked week…great nights out and a catapult into a jam-packed Saturday.

Monday:  “emergency” girls night in with a co-worker at her house, bottle of wine and fresh cut tulips in my hand.  We needed to decompress after a shitty Monday.  Hmmm…the honeymoon in our respective job assignments is long over apparently (we each started the same day last May).  Remember all my pissing and moaning about my job hunt over the last year and a half?  Guess it took 8-9 months back on a real job to get a good bitch/gripe session under our belts.  Healthy and bonding vent session.  And tulips seemed to soothe our stressed souls…so delicate yet so strong…with the promise of Spring tucked deep within.

Tuesday:  monthly Silpada (jewelry) team meeting.  Gosh this past month flew.  Felt good to relax with the girls again around L’s dining room table decked out in our silver, munch on some crackers and hummus and toast with a nice glass of wine.  At last month’s meeting I was still trying to process the news of my cousin’s ex wife passing away that same day so I’d arrived in a confused daze, yet grateful for the women there surrounding me.  And last Tuesday night I walked off with a recognition trophy our team passes around every month.  Well shucks, I’m not *yet* in superstar jewelry sales mode, but hoping enough seeds are planted to accelerate into March!

Wednesday:  his and her pedicures! G had a great idea for us to get pedis together. Woo hoo I love how this guy thinks!  He really wanted to get one before leaving on his vacation to Australia (after all, it’s hot and sunny summertime there right now) and, well, I was overdue for one as it hadn’t been since pre company Christmas party in December.  Ahhh…relaxing pedis, sipping on wine, and holding hands side by side with him the whole time.  Sushi later…and a little weepiness on my part realizing he was going to be gone for TWO entire WEEKS.  So many intense, sputtering emotions going through my head…excited for him and his trip, sad knowing we’ll be apart for awhile and a little surprised how someone I didn’t know even existed 6 weeks ago has this much impact on my feelings.

My heart aches when we’re apart. What IS this?  What’s going on here?

Thursday:  G asked me to swing by his place after work to help him finish packing and just hang out; we were both a little stressed that night before but it was all good; that’s life, it happens and we roll and get through it.  Does he know how much this all means to me?  He’s very organized – case in point with his clothes, documents and things all laid out and folded – but it felt good to have a few ideas bounced off me on what to take and what to leave behind.  And a text as I was in my car en route….”stop by and pick up some wine?”  Well, heck yeah.  An Australian Shiraz/Cabernet blend, of course!  Salute!

Friday:  met up with A, the newest homeowner in our small HOA (10 townhomes) at Brix, a wine bar a short drive from our complex for some girl talk and unwinding.  In fact, a 2nd (large) glass apiece was in order.  TGIF!  Lots of good stories to share – jobs, men, dating, life…she is awesome and I’m looking forward to growing our friendship. This was a great distraction for me, as G was kicking off his longass journey halfway around the world that night so I was both happy and sad.

Saturday:  here’s the clump/catapult!  I got my hair highlights touched up (a necessity, especially now that my dark roots are more shot through with greys, yuck) and headed off to two parties.  First, a birthday party for a good friend of a friend, and THEN off to China Clipper – a great spot for northern Chinese cuisine in Woodinville.  After all, we needed a good Chinese New Year celebration!  Year of the Rabbit!  Gung Hei Fat Choy!!

Major laughs with this table of 8.  And I savored the connections here…for some people I know through hockey, others I know through networking connections with the job search and one of the couples was part of that infamous river rafting adventure last summer (check out my late July ’10 posts for scoop on that).  Too funny how all these months later we can still bond and laugh/reminisce about those completely hysterical few hours down the Wenatchee River and all the fun afterwards.  I’m ready to do another raft tour this year. [and G, if you’re reading this, we did a toast to you for your adventurous travels.]

Got the tingly text from him too last night – made it to his destination after God knows many hours in flight.  YAY.

So I’d bookmarked today for cleaning and doing some overdue laundry. No hockey tonight.  This is a tradtional bye as no one would likely show up given it’s Super Bowl Sunday and those who would would not likely be sober, ha ha.

I slept in till nearly 10am and really didn’t feel guilty. One of those washout days where no one expects anyone to be the slightest bit productive.

So what in hell are these two whammos from out of nowhere??

First, an email late last night from a guy I dated six (yes, six had to check) years ago. ” [fivenineteen] are you still out there? If so I’d like to apologize if you will let me.” Ummmm…nope. Puke.  Nice guy at first but wayyy too needy and creepy. Lived (lives?) 50+ miles from here and ugh, just not worth rambling about.  Except that when I broke up with him he said back then after a couple weeks that he wanted to meet me at ‘x’ restaurant super close to my house at ‘y’ time, I opted to stay that night at a friend’s house (at her insistence.).  Was that overkill?  I don’t know but I suppose it was good peace of mind.  I am not going to respond to his email.  Scab has long since healed.

And then, one of my brothers.

My Mom called and asked if I’d seen my brother’s Facebook updates lately (I hadn’t). [I have two younger brothers…the middle one is adopted (as a newborn) and the youngest one, well, was a surprise, LOL.]

My middle bro (who is turning 39 in May) got a letter on Friday from a court intermediary informing him he apparently has a biological sister out there and she wants to meet him. OMG!! He was born in the early 70s and his bio parents were 16 and 18. Records were sealed; my folks never met his birth parents and there has been zero contact by design – this is an older era mind you. So now…whammo. How exciting! And a lil’ scary too, no?

Not sure what my bro is going to do yet but our family will be behind him 10000% no matter what he decides.

I think he should go for it.