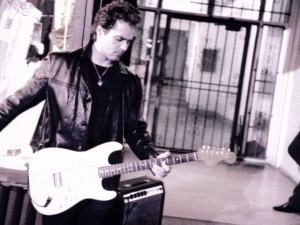 Is it possible in all of my 200-some posts that I have yet to devote one to music?  It likely is!

Where do I begin when it comes to music?  What a haven and solace it is.  Don’t we all have songs that trigger boatloads of memories…the ones whenever you hear them you remember EXACTLY what you were doing and who you were with the first time you heard them.  You sing along and know every lyric.

I started taking piano lessons at age 5 and continued through age 15.  Mostly classical with a little jazz thrown in.   Choir (all kinds from chamber, renaissance and vocal jazz) was a huge part of my high school and college life.  Lots of my time in school was actually spent outside of the classroom performing and touring with various choirs…which was just as educational to me as sitting in a lecture hall or with my nose in a book studying.  After college I joined a church handbell choir and stayed with the group for 15 years!  What a joy it is to make music in an ensemble – and share it with an audience.  Our tour through Hungary, Croatia, Slovenia and Italy in the summer of 2001 was incredible!

Sometimes people ask me who my favorite group is or what kind of music I like.  As with lots of things, my tastes are very eclectic.  It’s hard for me to name just one group or one kind of music.  Shuffle through my iPod and you’ll find everything from Bach to Lynyrd Skynyrd to Carpenters to The Who to AC/DC to Kylie Minogue, plus lots of dance/electronic music (great for workouts). I’m a huge fan of c89.5 radio here in Seattle (a high school student-run station)…and I’m probably decades out of their target demographic but who cares.

So who’s my favorite group of all time? The Police and INXS (see, I really can’t just name one).  And I’m proudly dating myself with those answers – yes, I came of age in the 1980s.  In high school, The Police were da bomb. Their music was everywhere. I literally wore out two copies of Ghost in the Machine (on cassette tape). I saw them in concert in 1983 – my first EVER live concert (at the relatively late age of 16 compared to lots of my friends).  30 years later I still have a huge crush on Sting.

Later in college I discovered INXS.  Michael Hutchence (their lead singer) could do no wrong in my book.  The man practically oozed sex with his stage presence and that sultry, husky voice.  Many a wild college party had INXS blaring in the background.  And really late one night in 1997 as I was moving to a new apartment and on my 3rd trip hauling boxes of stuff in my car, I heard on the radio that he had committed suicide.  I about cried.  What a tragedy!  What a loss!

As I finished college and started my working career I remember thinking to myself…what kinds of music will be hot in the 1990s and beyond?  What kinds will I like – and not like?  What music will be in my adulthood soundtrack?

Ladies and gentlemen, let me introduce you to one of THE most talented and most criminally underrated singer/songwriters in modern history:  Jude Cole.  There are a lot of great singers out there, but those few who also write their material get HUGE props from me.

How to describe his music?  Man, that’s a tough one.  It just rings and resonates so deeply in me down to my toes that it’s hard to put words to the feelings. Let me take a stab at it:  Rock shot through with a touch of blues.  Raw emotion and energy.  You hear that mid-western ‘down to earth-ness.’ Grit along with slick, polished production.  Some have categorized his music as “adult contemporary” which totally misses the mark.  “This is no syrup-y Richard Marx clone,” quips a music reviewer on Amazon.com.  Spot on true!

In 1990 A View from 3rd Street, his second album, was released.  From this sprang two top 40 hits:  Baby, it’s Tonight and Time for Letting Go.  Baby, It’s Tonight has more of a pop, upbeat vibe, while Time for Letting Go is slower mid-tempo – and GORGEOUS.  These are probably my two favorites from that album along with Hallowed Ground. But all 10 songs on this album are amazing – there are no filler tracks.  And yes, this was yet another cassette tape I wore out back in the day.

1990 – oh man.  Back then I was 23 and sharing a dumpy 2 bedroom apartment in Seattle with a great friend from high school and college.  We were both trying to carve out our places in the world, just getting our careers underway.  We had a killer view of Gasworks Park, Lake Union and downtown Seattle, yet our apartment had no dishwasher or garbage disposal.  I remember watching MTV with her on our teeny little TV and hearing Jude’s music for the first time – WOW.

Now when I listen to this CD today (and sing along loud and proud), I am STUNNED that it’s 22 years old!  The tracks are timeless. What a talent with that golden, rich tenor voice.  Go find the videos on YouTube and you’ll see they’re now a little dated but hey, it was 1990.  But what never gets old is the Jude eye candy. Those warm brown eyes, that sexy cleft chin and stubble and the way he plays his guitar and that all-knowing little smirk he does at the end of some of his videos and…

…is it warm in here?

So what happened?  The guy sadly pretty much dropped out of radio play altogether.  Meanwhile his last CD, Falling Home, was released in 2000.  [Raining on the Moon is my favorite song from that one as a side note.]  And since then – ?  Well, from what I have read online he manages the group Lifehouse.  Props for staying in the music industry, but man oh man, why did this brilliant, handsome song-writing genius not become a MEGA star with tons more albums of his own?  I honestly don’t know.  But I have a feeling the massive steamroller called grunge which bulldozed through the music industry starting around 1991-1992 probably had a lot to do with it.  Casualties everywhere if you were not a part of that scene.

Pick up any grunge-era CD from Nirvana, Alice and Chains or Pearl Jam and presto – you hear 1990s grunge.  Which had its time and place.

But play any Jude Cole CD…and it’s timeless.  Thank you, Jude.  Your music is the soundtrack of my adulthood.