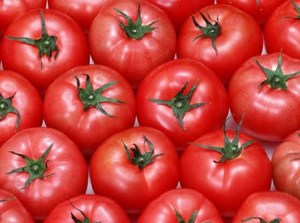 Up until my senior year of college I pretty much existed on my Mom’s amazing cooking, Dad’s gift of the barbecue (steaks, salmon, burgers, chicken, pork tenderloin) and later on college dorm food or what our sorority house cook prepared for us.  Far better than the dorm food on campus for sure.

Then, I lived off campus my senior year in an apartment and “suddenly” had to figure out how to cook for myself on a regular basis (with a fabulous roommate too). I think we were allowed to eat on campus as non-campus students a certain small amount of meals per week and we tried to stay true to that and not cheat.  Cheating might have been more about grabbing a couple cases of toilet paper and discreetly sneaking them out of the sorority house back to our apartment.  Food-wise I think we did alright with the mac & cheese, Swedish pancakes on Sundays, a few hits and misses and probably a lot of backup plans ordering in pizza when we were just too pooped out or clueless to cook.

I had a roommate (a different one, actually a friend from both high school and college) after graduation for about 3 years and we each tried expanding our cooking skills and did fairly well.  Stuff like roasted chicken, Boboli pizza with various toppings and pastas with pesto sauces.

Then she bought a house and I in turn found a different apartment on my own.  It was 1992 and I was 25.  And as far as cooking was concerned, I was on my own as well.

If I remember correctly – the specifics can be fuzzy after nearly 20 years – I had to start over with finding silverware, dishes, glasses, cookware – the whole works.  My college apartment roommate and post-college roommate had each acquired impressive collections so I had no need to get my own.

I then found myself spending a lot of time – and money – at cooking outlet shops, the Bon Marche (which is now Macy’s), Costco…you name it.  But on a tight budget for sure.  I was still trying to re-balance having an apartment ON MY OWN compared with splitting rent, utilities and everything down the middle – food included.  Along with purchasing basic kitchen supplies I hadn’t needed to buy before.

My Mom and grandmother shared a few recipes and cookbooks along the way and for some reason I resisted really diving in at first.  I knew how to boil water, make pasta, make omlettes or scrambled eggs for breakfast, make coffee – but beyond that it was pretty tame.

Then for some reason I had the urge…the urge to COOK.

Perhaps it was partly because of the sudden appearance of cable TV at my apartment complex a couple years after I moved in.  Suddenly I had access to home decor channels, food network, you name it.  And with no increase in my rent!  [I found out later the free cable access was a mistake on the cable company’s part – I should have been getting charged but I didn’t for nearly a year.  Thankfully the cable company did not back-bill me!]

I became fascinated with cooking in the Italian and larger Mediterranean realm and scooped up a few cookbooks. I devoured Nick Stellino’s and Caprial Pence’s cooking shows – and their cookbooks.  And I blew the dust off my Grandmother’s gift to me from a few years prior, a collection of recipes from the Women’s University Club Seattle Chapter.  You know, that Hungarian stew with paprika wasn’t so hard after all!  Mom’s gift of a Sunset magazine subscription?  Always chock full of recipes.  And I cherished them… and lovingly transferred my favorites onto receipe cards in my newly-acquired stainless steel recipe card holder.

Cooking for me was a total trial and error.  And with that, it became a joy.  I threw away my perfectionist tendencies and got down and dirty, sensual, with the food.  Because in the end, who cares if it’s not perfect?  You can always try it again later.

Over the years I learned that I was too lazy to halve recipes designed to serve 4 to 6.  If I was cooking just for me, I’d do the whole works and then save the rest as leftovers.  The times I was super single and not dating anyone…well, I’d carve out a Saturday or Sunday and try out a new recipe and just enjoy it the next few nights.  I bought a spice jar holder that was stair-stepped style so you could see the jars in the back as well as the front.  And, staying true to my Mom’s habit, I alphabetized my spices A-Z.  I still do to this day.

So I’d grown to love this food-love within me and relished going to grocery stores to hunt down wonderful foods, list in hand.  I then discovered Chefs Catalogue and wound up with a Corian block knife holder – so much more “me” than the traditional wood ones.  I still have it 15 years later.

I took a couple of cooking classes – what fun!  Really expanded my portfolio – and confidence – about whipping up quick but delicious pasta sauces.

Paella: this is LOVE in a large, wonderful pan.  It became my signature dish for a medium-sized crowd.

And then for some reason, fast forward a lot more years – I fell off the cooking wagon.  This is more recently, mind you.

When I was out of work a good chunk of this past year, I resorted back to old, cheap favorites like mac & cheese, pasta with sauce out of a jar and popcorn for lunch. Yikes.  Almost a shameful regression, for my confidence in cooking and living on my own was a slow and delicious 18-year crescendo if you will.  And how sad it got temporarily lopped off.

But given my tenacious nature, I knew it would only be a matter of time before the joy of cooking came back to me.

Recently I took a look at the ingredients label on one of my jarred pastas and was not surprised to see high fructose corn syrup and a bunch of other shizz I nor no one else needs to put in their bodies.

With that, I pulled out some tried and true pasta sauce recipes and swore to myself I would – once again – ONLY use pasta sauces made from scratch.  So much healthier, right?

One of my favorite pasta sauce-making tools is a Cuisinart stick (hand held) small blender my Mom gave me back in those early “first time on my own” years.  I honestly had no idea how in hell to use it or for what until I took an Italian cooking class and learned one, wonderful purpose:  use it to puree whole tomatoes in a 28 oz. can.  No joke.

There are so many other cookbooks I just adore – Southwest, Mediterranean, Raw, Vegan, Gluten-Free – probably worth a few more posts to dive in further!

I’ll close with my tried and true basic pasta sauce, which is wonderful for just about anything you want to add to it.  But trust me, it’s bursting with flavor on its own.

In a medium-sized sauce pan, combined the onion, garlic and olive oil over medium-high heat.  Stir until onion is soft, about 5 minutes.  Add minced basil along with the tomatoes, wine and chili flakes.

Boil until reduced to about 3 cups – 10 minutes, stirring often.  Can simmer on very low heat 30 – 45 minutes afterwards, stirring occasionally.  Taste and adjust the seasonings to your liking.

Tip:  I use my stick blender to puree the whole tomatoes right in their can.  This is straight-up advice from the woman who taught our Italian cooking class a few years ago and I’m a believer after making this sauce countless times in 10 years.  Why not start with pure, whole tomatoes?  It takes just a minute or two to get a wonderful, flavorful puree for your sauce.

Remove the lid from a 28 oz can of tomatoes.  Puree the tomatoes, gently, right in the can with the stick blender using the pulse feature.  There is a metal hood on the blender so the tomatoes should not spill out of the can.

Another tip:  I use minced garlic in a jar instead of fresh garlic.  A half teaspoon of garlic from a jar is the same as one clove fresh, minced garlic, and while I prefer to use fresh vs. jarred THIS is a shortcut that no one will detect, trust me!

1 thought on “Love of Cooking Re-discovered – Yet Again”