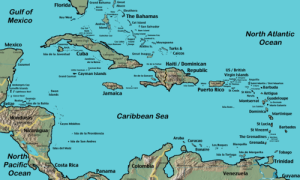 Maps and globes fascinate me. It’s hard to describe but even as a young girl I had this innate sense – I just knew – that there was more to the world than my house, my neighborhood and my school.

My grandparents had a double-sided jigsaw puzzle at their house. One side was the United States (each state was its own puzzle piece) and the other side was a map of the world. This puzzle was the coolest thing ever (and I loved puzzles as a kid in general). As we did the puzzle together they would name each state and something about it like a famous river, the capital city or a favorite landmark they’d visited; they had driven in their camper all over the country and through Canada and Mexico too on many camping and fishing trips and had lots of memories to share!

One year I got a globe for Christmas. It had raised mountain ranges and a small, clear plastic dial on the North Pole with time zones. I couldn’t believe it was possible for it to be daytime here and nighttime for other people in the world at the exact same moment! And all those lines…the Equator, latitude and longitude – my parents would try to explain what they meant and that they were just imaginary lines. I was positive they were wrong; after all, the lines were there plain as day, so people living on the Equator must have a big blue stripe going through their cities! Maybe the people were painted blue too. My grandparents traveled several times to New Zealand and tried explaining how the International Date Line works. Too confusing!

As I looked more closely at the globe I noticed there were tiny dots in some parts of the oceans. What were these dots? I learned they were their own countries or islands off the coasts of some larger countries. This was astonishing: how could an entire country just be on one dot? Wasn’t it crowded? How did people even move around? I just couldn’t comprehend the idea of living on an island.

And later when I discovered my parents’ large Atlas (perhaps when I was old enough to be trusted not to tear pages or spill on them), I saw much larger, detailed closeups of the countries I’d seen on the globe. But the Caribbean and South Pacific islands? Still, relatively speaking, just tiny dots.

I guess I was fascinated by these tropical islands because it was such a stark contrast to where I lived. In the Pacific Northwest the ocean is unforgivingly cold, not like a warm, inviting bath. The water is greenish grey rather than clear, turquoise blue. And we don’t necessarily need a plane ticket or a boat to get out of town.

My first trip to Hawaii was in high school. I will always remember the moment I first felt the water. A warm ocean!! I didn’t want to leave.

Ten years later I made my first of two trips through the Caribbean – the eastern and southern islands from St. Thomas all the way down to Trinidad, just off the coast of Venezuela. This region fascinated me most of all. I couldn’t believe the stark contrasts between the islands. Martinique had a boutiquey city vibe about it, while Dominica was much more rural and laid back – lush, green trees and rolling hills. I took a downhill bike tour with a small group and I remember whizzing through hot breezes and the thick honey scent of flowers. We stopped at a little fruit stand to grab a snack – called It’s Nice to Be Nice. Love it! On some islands the British influence remained strong, including driving on the left. Others drove on the right. This got confusing from country to country, honestly!

Now I look at those tiny dots with a smile, as I’ve experienced a few of them firsthand. That glorious, turquoise blue water. Warm smiles. Relentless, pounding sun. Drippy, overhead air conditioners from businesses and apartments in town. Plants and bushes everywhere that would only survive as indoor houseplants here. And a far more relaxed pace.

The next time I visit I’m leaving my watch at home.